The following collections include insights into the nature of and controversies surrounding the Bolshevik Revolution. If you are interested in how Russia turned Communist, give them a quick (or deeper) look.

A reading on the theory and practice of Bolshevism, Vladimir Lenin, "What is to be Done?" (1902)

Five readings on the Bolshevik Revolution, its critics and defenders

The Soviet Union Under Joseph Stalin 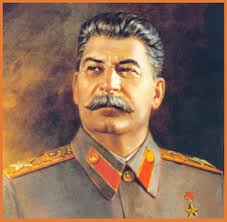 Alongside Germany's Adolf Hitler, Stalin is usually included atop any list of 20th century bad guys. The following sources explore Stalin's tactics in modernizing Soviet industry and maintaining totalitarian control over the largest and perhaps most repressive state of its time. The final collection includes rebukes of Stalin's methods, but it's important to note that no one rebuked Stalin until after he died.

Three Readings on the U.S.S.R.'s need to "Modernize or Perish" and "Collectivization"

Three readings on Soviet indoctrination in the Stalinst era.

Combining military and civilian losses, World War II accounts for about fifty million (50,000,000!) deaths. I'd say it's worth reading a bit and to try to make sense of it all.

One reading on fascist political and social doctrines, by none other than Benito Mussolini.

Conservative Attack on the Weimar Republic

One reading on the German right's bone to pick with republic.

Ever Wonder What Hitler Thought? 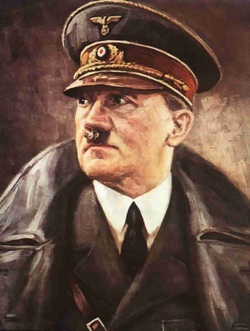 Read several brief selections from Hitler's Mein Kampf, in which he pretty much told the world what he was about, and they chose not to listen. Still a better love story than Twilight but nevertheless depressing.

The Great Depression and Hitler's Rise to Power

Two selections on how the economic crisis contributed to a formerly civilized culture going freaking nuts.

A reading from Alice Hamilton on how Hitler exploited patriotism, idealism, and youthful desire to be part of something (From The New York Times Magazine)