*THIS PAGE IS CURRENTLY UNDER RECONSTRUCTION*

From Human Prehistory to the Early Civilizations

On the day of the test, you will need to include all of the following in your homework folder for an A. Less one item is a B. Less two items is a C, and so on. Caveat: Your 4CN are mandatory. Absent those, you automatically earn an F until you submit them--and if you submit them late, they're guaranteed to receive more scrutiny.

2. Crash Course World History Videos
(You'll want to expand them to full screen--the button is on the bottom-right)

3. Small Group Discussion Topics
(The last two topics are broader and will build on what you discussed in the previous topics.)

4. Support Documents, Practice, and Whatnot

I have organized the following images into groupings for easier viewing and analysis.

Please use these PowerPoints in conjunction with the assigned reading. Perhaps the best practice would be for review after having read the Key Concept. Bring any questions regarding any slides to class.

1. Failure to Hunt Rabbits Part of the Neanderthals' Demise? 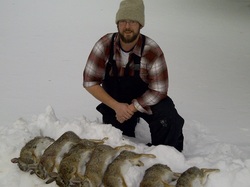 This attractive fellow is certainly not a Neanderthal.
Click here for a discussion on how failure to adapt to hunting smaller prey (i.e. going from mammoths to rabbits) may have been the nail in the coffin four European Neanderthals.


Rabbits are small, fast, and devilishly hard to catch. And that could have had dire consequences for Neanderthals. Mr. Crossen has a beagle, a shotgun, and an eagle-eye.

2. The Neolithic Revolution: The Secret of the Seed

The development of agriculture (farming)For reasons that are a mystery to us today, our ancient ancestors in what we today call ‘the Middle East’ began to sow the seeds of various wild grasses (primitive forms of barley and wheat) into the ground – producing a ‘neolithic revolution.’   They began to do so with the full understanding that this would eventually produce mature grasses whose grains they could reliably harvest.   As wild grains were fairly abundant in this region one could wonder why anyone would have undertaken such labor at all.  It has been speculated that the effort may have been minimal at first:  perhaps merely scattering some seed left over from a previous harvest in the wet alluvial muds that washed down from the hills each spring.  In any case, the primitive ‘farming’ of grain would have served as a very helpful – and at times vital – supplement to the hunt.   Also, grains had the added advantage that they did not have to be eaten immediately but could be stored for periods of time when food became scarce.

This practice of planting and then later harvesting seed very quickly proved to be a great boon to human life.  It provided a rather stable food supply – and prompted people to be more deliberate in the planting effort.  Eventually large fields were cleared and planted and huge crops were harvested –  enough to sustain the community through winters of scarcity.  Soon communities began to grow in size as the practice of agriculture enabled a community to support more members.  Thus as the practice of agriculture spread so did the human population – explosively.

The development of animal husbandry (herding)

Accompanying this rapid development of agriculture was another facet of this neolithic revolution: the development of animal husbandry or herding.  Rather than hunt for meat, man now kept his meat with him in the form of domesticated animals: goats, sheep, cattle, ducks, pigs, etc.

Agriculture may have been vital to the development of domesticated herds and flocks.  During dry seasons and winters when wild grasses get thinned way down, natural grazers such as wild goats, sheep or pigs, would have found it advantageous to stick close to human communities when the humans proved willing to feed them (the humans understanding better than the animals the ultimate consequences of this relationship!).  Eventually this relationship between man and domestic herds grew in importance – as meat now becomes more available in herding rather than hunting.  But of course the herder now had new responsibilities: the care and nurture of his herds.

In this process man made yet another important discovery.  By not eating but instead setting aside the plumpest grains for storage as seed grain for the next season's planting, the yield of the crop vastly improved.  Similarly, by not slaughtering for food but instead permitting the strongest animals in their herds to survive to the next rutting season in order to mate, the quality of the herds likewise improved.

The secret of the ‘seed’

Thus neolithic peoples had learned the secret of reproducing abundance in plants and animals through controlled implantation of the seed.  And as they understood the success of their crops and herds being tied up in how they carefully selected, preserved and planted seed, they understood the strength and success of their human community in similar terms.  The identity of the members of their community was based on some excellent ancestor, from whom they all were directly descended as the product of his ‘seed’ or a member of his blood line.   We encounter this idea in the Bible, which frequently talks of the Hebrews as ‘the seed of Abraham’ - just as it talks about the 12 tribes of Israel as deriving from the various sons or grandsons of Jacob (Israel).  Thus also the many tedious genealogical sections in the Bible which go into excruciating detail listing which male begat whom, who in turn begat whom, etc.  This was of central importance to their idea of being a community or society.

So Much For the Hunter-Gatherer Theory? 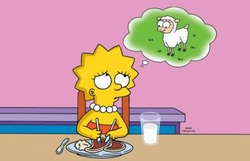 This article challenges the conventional interpretation of early humans as hunters. This is one of the reasons why history is so interesting and important. It's not cut and dry. There's room for argument, interpretation, and revision.

1. Summarize the main arguments this article.

2. Assess the scholarly research cited in this article.

3. Identify the source's bias. Does this bias make it more or less reliable? (or does it have no effect?)

4. *Important question whenever revisionism is involved: Is there any tangible benefit, aside from discovering new truth, that this source might have for revising conventional interpretations?

4. "The Worst Mistake in the History of the Human Race," by Jared Diamond, PhD

Professor Diamond suggests here that for all of its benefits, the discovery and development of agriculture has had graver consequences on human health, happiness, and society.

5. The Stone, Bronze, and Iron Ages 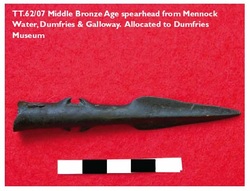 Notice the design? Metal can be shaped.
Click here for a summary of early human technological developments. 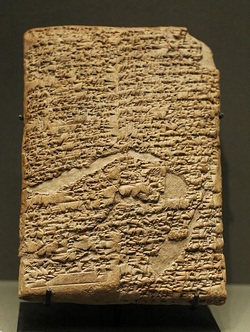 All three of these links go to Yale University's Avalon Project.

Click here for a brief introduction to Hammurabi's Code.

Click here for a short essay on Babylonian Law and Hammurabi's Code.