2. Understandings: Be sure to understand how 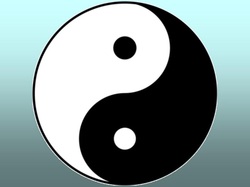 Daoism or 道教 (dào jiào) is one of China’s major religions indigenous to the country. The primary belief is in learning and practicing “The Way” (Dao) which is the ultimate truth to the universe.Also known as Taoism, Daoism traces its roots to 6th Century BC Chinese philosopher Laozi wrote the iconic book Dao De Jing on the tenets of the Dao.

Laozi’s successor, Zhuangzi, further developed Daoist principles. Writing in the 4th Century BC, Zhuangzi recounted his famed “Butterfly Dream” transformational experience, where he dreamt he was a butterfly but upon awakening, posed the question “Was it the butterfly dreaming he was Zhuangzi.”

Daoism as a religion didn’t really flourish until hundreds of years later around 100 AD, when Taoist hermit Zhang Daoling founded a sect of Daoism known as the Way of the Celestial Matters. Through his teachings, Zhang and his successors codified many aspects of Daoism.

Daoism grew quickly from 200-700 AD, where more rituals and practices emerged. During this period, Daoism faced competition from the growing spread of Buddhism which came to China via traders and missionaries from India.

Unlike Buddhism, Daoists do not believe that life is suffering. Daoism believes that life is generally happy but that it should be lived with balance and virtue. The two religions often butted heads when both vied to become the official religion of the Imperial Court. Daoism did become the official religion of the Tang Dynasty (618-906 AD), but in later dynasties it was supplanted by Buddhism. In the Mongol-led Yuan Dynasty (1271-1368) Daoists attempted to gain favor with the Yuan court but lost several debates against Buddhists in 1281. As a result, many Daoists texts were burned.

During the Cultural Revolution from 1966-1976, many Daoist temples were destroyed. Following economic reforms in the 1980s many have been restored and the number of Daoists have grown. There are currently 25,000 Daoists priests and nuns in China and over 1,500 temples. Many ethnic minorities in China also practice Daoism. (see chart)

Daoist beliefs have undergone a series of changes in its history. In the 2nd Century the Shangqing school of Daoism emerged that focused on meditation, breathing and recitation of verses. This was the dominant practice of Daoism until about 1,100 AD.

In the 5th Century AD, the Lingbao school emerged which borrowed much from Buddhist teachings such as reincarnation and cosmology. The use of talismans and the practice of alchemy were also associated with the Lingbao school. This school of thought was eventually absorbed into the Shangqing school during the Tang Dynasty.

In the 6th Century, Zhengyi Daoists, who believed in protective talismans and rituals, emerged. Zhengyi Daoists performed offering rituals for showing thanks and the retreat ritual that includes repentance recitations and abstinence. This school of Daoism is still popular today.

The Dao: The ultimate truth is the Dao or The Way. The Dao has several meanings. It is the basis of all living things, it governs nature, and it is a method to live by. Daoists do not believe in extremes, instead focusing on the interdependence of things. There is no total good or evil or negative and positive. The Yin-Yang symbol exemplifies this view. The black represents the Yin the white represents the Yang. Yin is also associated with weakness and passivity and Yang with strength and activity. The symbol shows that within the Yang there exists the Yin and vice versa. All nature is the balance between the two.

De: Another key component of Daoism is the De, which is the manifestation of the Dao in all things. De is defined as having virtue, morality and integrity.

Immortality: Historically, the highest achievement of a Daoist is to achieve immortality through breathing, meditation, helping others and the use of elixirs. In early Daoist practices, priests experimented with minerals to find an elixir for immortality, laying the groundwork for ancient Chinese chemistry. One of these inventions was gunpowder, which was discovered while searching for an elixir. Daoists believe that influential Daoists are transformed into immortals who help guide others.

Daoism has influenced Chinese culture for over 2,000 years. Its practices have given birth to martial arts such as Tai Chi and Qigong. Healthy living such as practicing vegetarianism and exercise. And its texts have codified Chinese views on morality and behavior, regardless of religious affiliation. 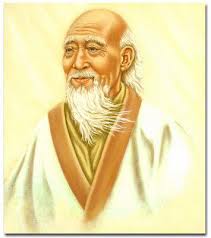 Daoism, in Its Own Words Lao Tzu

The following quips, quotes, and verses are from the Daoist sage Lao Tzu. As you read them, think about what they're saying. What about them makes them clearly Daoist? Look for themes like harmony, love, flexibility, temperance, self-reflection,

1. “Being deeply loved by someone gives you strength, while loving someone deeply gives you courage.”

2. “The journey of a thousand miles begins with a single step.”

3. “Simplicity, patience, compassion.
These three are your greatest treasures.
Simple in actions and thoughts, you return to the source of being.
Patient with both friends and enemies,
you accord with the way things are.
Compassionate toward yourself,
you reconcile all beings in the world.”

4. “A good traveler has no fixed plans and is not intent on arriving.”

5. “Those who know do not speak. Those who speak do not know.”

7. “Life is a series of natural and spontaneous changes. Don't resist them; that only creates sorrow. Let reality be reality. Let things flow naturally forward in whatever way they like.”

8. “The truth is not always beautiful, nor beautiful words the truth.”

9. “When you are content to be simply yourself and don't compare or compete, everyone will respect you.”

10. “Nature does not hurry, yet everything is accomplished.”

12. “Be content with what you have;
rejoice in the way things are.
When you realize there is nothing lacking,
the whole world belongs to you.”

13. “Care about what other people think and you will always be their prisoner.”

16. “Silence is a source of Great Strength.”

19. “Do you have the patience to wait until your mud settles and the water is clear?”

22. “The snow goose need not bathe to make itself white. Neither need you do anything but be yourself.”

24. “Respond intelligently even to unintelligent treatment”

25. “The flame that burns Twice as bright burns half as long.”

30. “I have just three things to teach: simplicity, patience, compassion. These three are your greatest treasures.”